Back to Table of Contents
Customized Datum Reference Frames 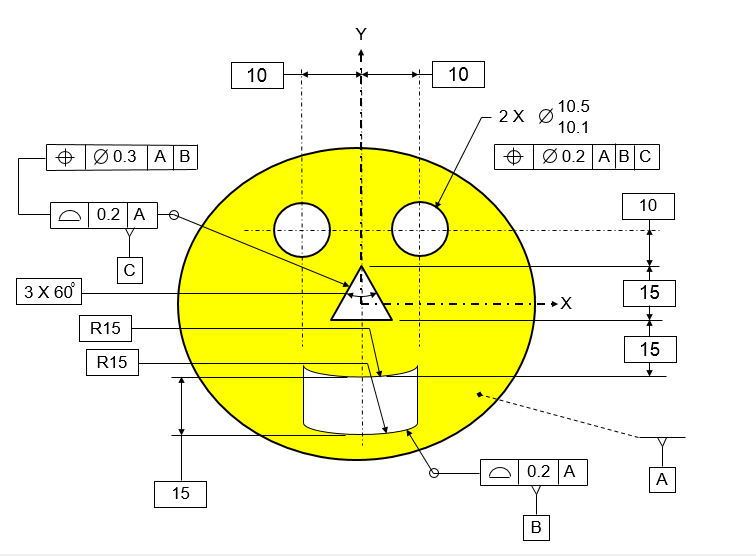 In the figure below, notice that the X and Y axis have been defined. According to the right hand rule, the Z axis points out of the screen.  This helps us identify which degree of freedom is which.

In order for the [B] to constrain the X and Y but not the W, the datum feature simulator must be able to rotate about the Z axis 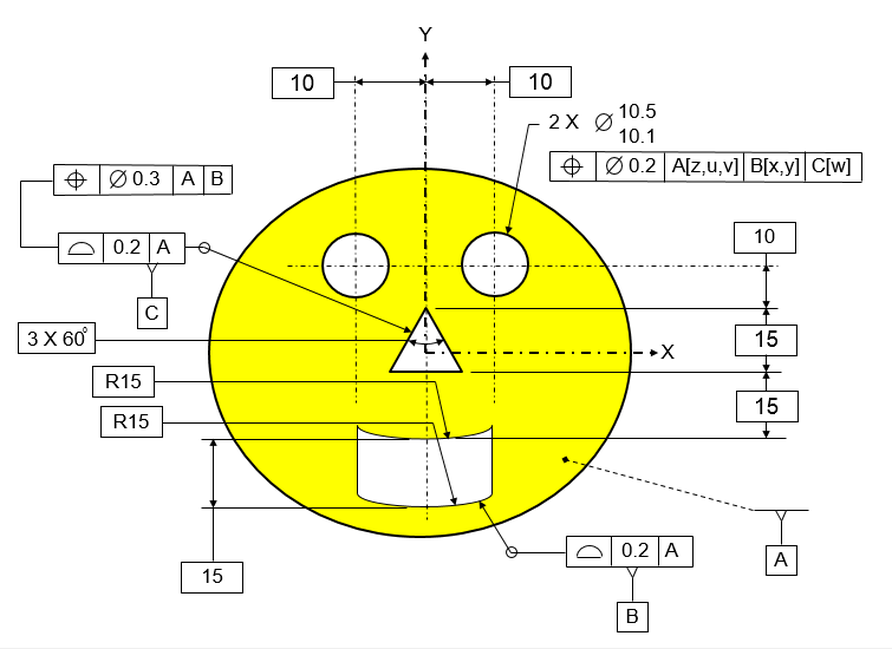