Degrees Of Freedom
Back to Table of Contents
Every part can move in six different ways.

Just be careful how you are holding your hand relative to other people so that you don't send any unintended messages. 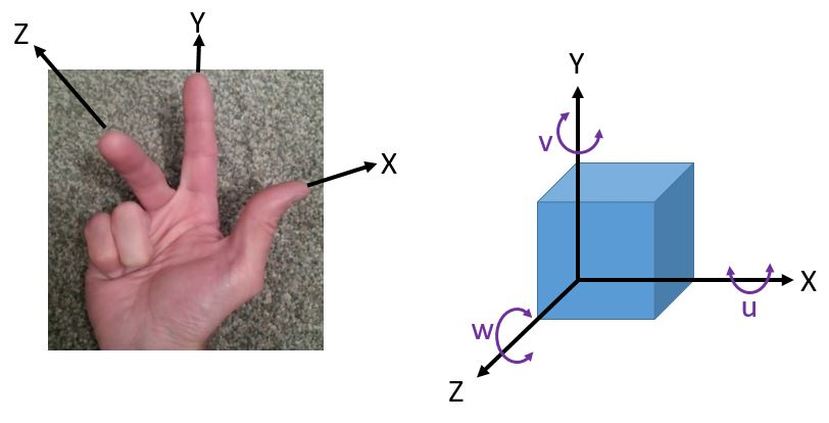 When we talk about datums, we will frequently refer to restraining the six degrees of freedom. That's just another way of saying that when we measure a part we first want to hold it still.  So we must stop it from moving in each of these six ways.