Back to Table of Contents
A Feature Control Frame is a box that is divided into at least three sub boxes.

Feature control frames are always set up the same way.
* The first box tells what kind of geometric tolerance it is.
* The second box tells how big the tolerance is.  It may also contain additional information that we will see in later sections.
* The third, fourth, and fifth box, if used, tells what datums are used for this tolerance. The tolerance may use one, two, or three datums. 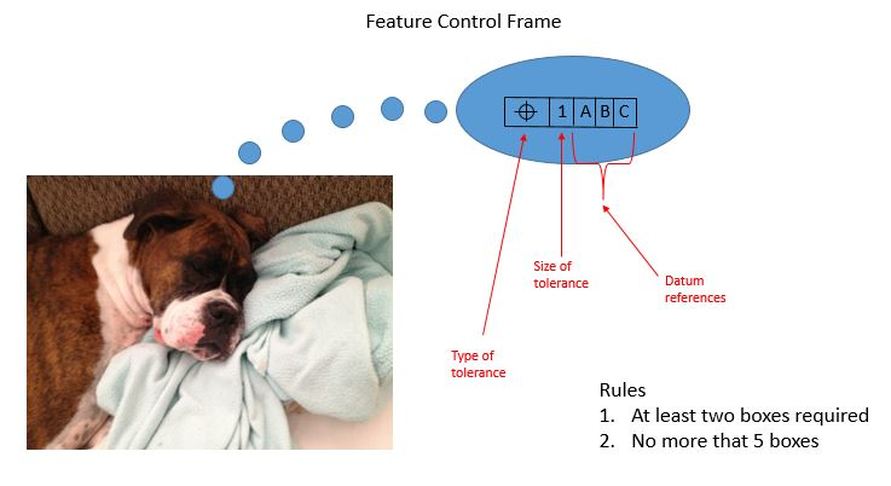