Free State Modifier
Back to Table of Contents
Winston is constrained by his leash, but he longs to be free to roam as he pleases.  Parts are the same way. Unless otherwise specified, all geometric tolerances automatically apply in the free state.  That means the part is not clamped or bolted or otherwise constrained.  It's just sitting out on a table or wherever else it happens to be.  If the part is supposed to be gaged in a constrained state, a constraint note must specify exactly how to constrain the part when making a particular measurement. 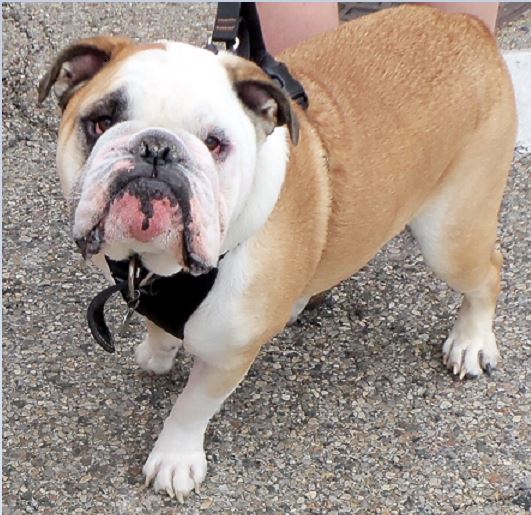 Sometimes it is desirable to make all of the measurements on a given part while the part is in a constrained state.  In that case, a general constraint note is placed in the general notes specifying exactly how to constrain the part while measurements are being taken.

The free state modifier is placed in the feature control frame as shown below.