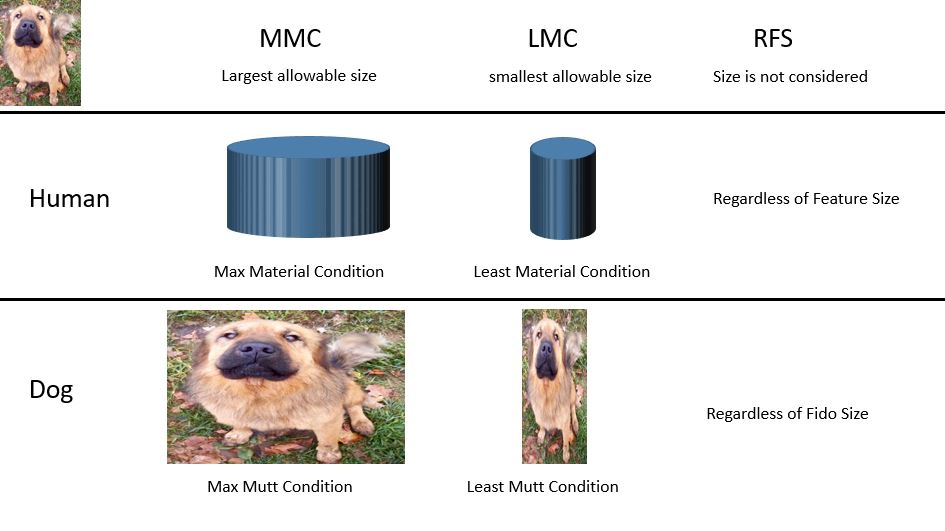 The converse is true with internal features of size such as holes or slots.  If Max digs a hole in a mound of dirt, he may dig a wide hole or a narrow hole.  If he digs a narrow hole, then the mound of dirt still contains a maximum amount of dirt.  So he calls that Maximum Mound Condition (MMC).  If he digs a wide hole, then the mound contains a minimum amount of dirt.  He calls that Least Mound Condition (LMC).  Sometimes he just doesn't care whether the the hole is at its max allowable size or its min allowable size.  His master will find the right amount of dirt to fill it in again anyway.  So he calls that Regardless of Fill size (RFS).

Sometimes we want a particular Geometric Tolerance to apply only when a part is at its MMC condition.  We can indicate this by using the MMC modifier.  The MMC modifier is a circle with and M inside it.  The MMC modifier gets inserted into the second box of the feature control frame as shown below