Circularity
Back to Table of Contents
How round is the dog's tooth?  How do we even define how round it is?   Below on the right we see a shape that could be the dog's tooth. It has a circularity control applied to it. 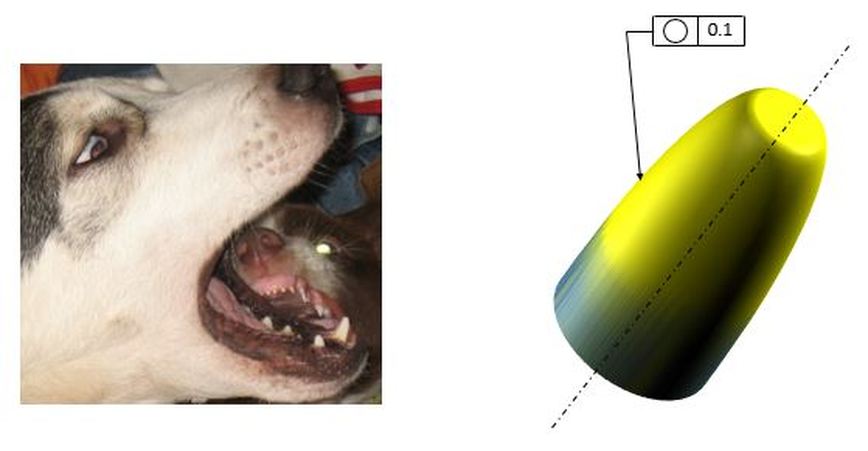 The circularity specification is as shown below. 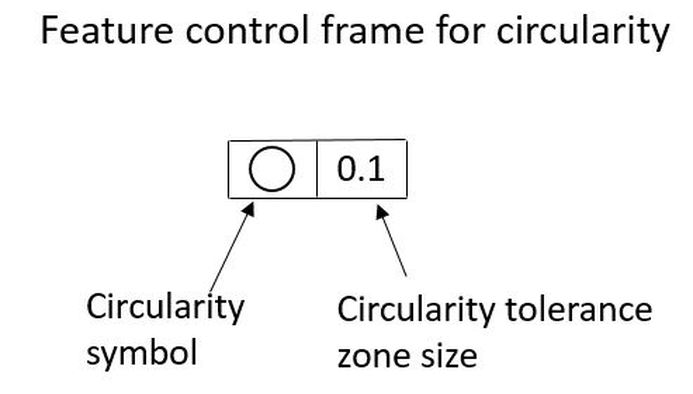 Circularity is always applied to a surface.   It never has a datum reference.  It never has any modifiers in the feature control frame except the Free State Modifier if applicable.

In our case below, the surface of the part at each cross section must fall between two concentric circles that are 0.1 apart. The 0.1 is a radial distance.

Circularity applies at an infinite number of cross sections. 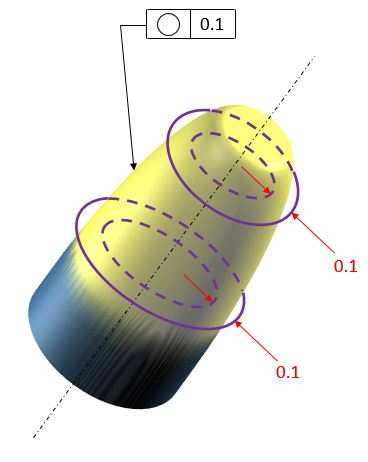 Circularity could be applied to a cylinder or a donut or a cone or a sphere or anything else that is round.